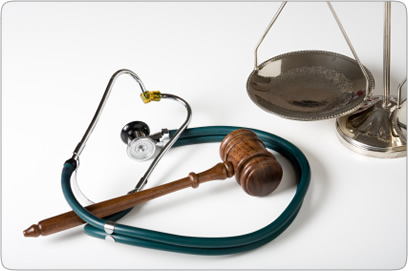 Don’t be impressed by an accident attorney who promises to charge no legal fee unless you get money. It’s the law! Legal fees in accident or malpractice cases are contingent percentages, and the same for every attorney.

Whether you have been injured in a slip and fall, auto accident, medical malpractice or by a defective product, Lori Nevias will provide a thorough, honest assessment of your case. Once we take on your case, we will be your tireless advocates and obtain the highest possible verdict or settlement.

Some of the types of cases we handle include:

If you are in pain, we will make sure you go to doctors and physical therapists YOU choose- we will never send you to a shady, factory-like "clinic". We will do our best to get your medical bills paid and prevent bill collectors from harassing you while your case is pending, and aggressively move your case along as fast as possible to trial. We never stop until we get the best possible financial settlement or verdict for you.

Another key to choosing your accident attorney or medical malpractice attorney is finding one who hires and works closely with the best expert witnesses. Ms. Nevias routinely goes “toe-to-toe” with large firms by quickly locating and retaining top experts in a field, often prior to commencing the lawsuit… before the competition can retain these experts! You can be assured that your case will be litigated as though you were represented by a large firm, with one difference: your case will never be handed off to a junior associate.

A teenager was in a serious car accident and sustained an injured shoulder, and continued to have limited activity and ongoing pain, long after his surgery. On an instinct that this was not normal recovery pain, Ms. Nevias sent the plaintiff to a new surgeon, who discovered that the original surgery had been poorly performed and the stitches were coming apart. The plaintiff resumed a course of physical therapy, thereby increasing his strength and activity level, and relieving his pain. Moreover, the value of the case greatly increased, due to the resumed course of treatment, and the possibility that the client might need a second surgery in the future. Moreover, a potential medical malpractice/negligence case against the first surgeon was uncovered.

Court of Claims, New York, New York
Plaintiff, a 29 year old medical student, tripped over an 80-lb dumbbell left on the floor of the school gymnasium, fracturing her ankle, necessitating two operations. As a result of bringing in various witnesses, including a janitor previously injured in the same gym; the weight room attendant, and an expert to testify to the hazardous set-up of the gym, the plaintiff won 100 percent liability against the gym- absolutely no fault was assigned to the plaintiff. After bringing in medical experts to testify to the plaintiff’s likely future pain and suffering, and an economist to testify to possible lost future wages, the parties reached a settlement in the amount of $750,000 after a 10-day trial.

Supreme Court, Queens County, New York
Medical Malpractice: Failure to diagnose giant cell arteritis in a 71 year old woman, resulting in permanent blindness in one eye. Pre-trial discovery focused on the fact that the plaintiff, who was an artist, could no longer paint due to her altered vision. Despite the absence of any lost wages claim, a $500,000 pre-trial settlement was obtained.

Supreme Court, Nassau County
Auto accident: Plaintiff was rear-ended in an automobile accident and suffered a herniated disc. After six months of physical therapy, including epidural shots for pain relief, we obtained an $18,500 pre-litigation settlement, although he lost no work time, had a prior back injury, and in fact ended up in better physical condition after the accident than before.

Supreme Court, Kings County
Medical Malpractice: Plaintiff, who had a history of stomach ailments, suffered from chronic pancreatitis after undergoing an ERCP diagnostic procedure. Although pancreatitis is a known risk of such a procedure, a pre-trial settlement of $70,000 was obtained for the plaintiff, based on lack of informed consent.

Supreme Court, Queens County
Fractured tooth due to auto accident, necessitating removal of molar and insertion of replacement bridge, $15,000 settlement prior to trial.